Loading a magazine or cylinder can be a painstaking and frustrating task at times, not to mention slow.

Whether you’re looking for a way to expedite your reloading time or save your thumbs while loading stiff magazines, you may find speed loaders to be a handy tool. Learning how to use a speed loader will not only save you time, but can make using and storing your ammunition easier.

While speed gun loaders are most commonly associated with revolvers, they are also designed for pistols, rifles, and shotguns, while other devices, known as “thumb savers” are specifically designed for speed loading magazines.

Let’s talk more about the different types of speed loaders and how to use them.

What is a Speed Loader?

A speed loader is a device that makes it easier and faster to load a magazine or cylinder. Speed loaders are designed for all kinds of firearms, including revolvers, rifles, shotguns, and pistols.

While not necessarily needed, speed loaders can save you a lot of hassle if you shoot frequently. Not only do they make loading your firearm or magazine easier, but they significantly speed up the process. This is especially handy in competitive settings when you need to reload quickly; during target practice to save yourself time and energy when you’re going through a lot of rounds; and even for home defense when seconds count.

There are many different kinds of speed loaders to choose from. Let’s talk a bit about the various types of loaders and how they function.

Types of Speed Loaders and How to Use Them

Revolver speed loaders are by far the most common, and there are several types to choose from:

Circular Reloaders: By far the most popular gun loader for revolvers is the circular reloader. These loaders are incredibly simple to use and make the reloading process more efficient.

Circular speed loaders typically hold around six rounds and are the same size and shape as your revolver’s cylinder. A mechanism is used to securely hold cartridges in place until you’re ready to load them into the firearm. To do so, simply line the loader up with the cylinder, slide the cartridges into their individual chambers, and release the knob, latch, or slide mechanism to drop the rounds into the cylinder.

These revolver speed loaders are incredibly easy to use and, since they effectively load your revolver in one swift motion, significantly cut down your reloading time.

Moon Clips: Similar to the circular reloader is the moon clip. Moon clips are flat, circular devices with spaces designed to snap rounds into, resembling a gear.

While moon clips are incredibly easy to load into a revolver, removing the emptied cartridges from the clip once you’re done is a bit trickier. This is partly why moon clips have, for the most part, been replaced by circular speed loaders.

Speed Strips: Another kind of revolver speed loader is the speed strip. A speed strip is exactly what it sounds like: a flexible plastic strip that holds up to six cartridges. Rounds can easily be snapped onto the strip and then deposited, one or two at a time, into the cylinder chambers and popped off the strip.

This speed loading tool is one of the best choices for storing ammunition as it’s relatively small and inexpensive. You can easily snap loose rounds onto a series of speed strips and then toss them into a range bag or ammo can for organization and quick reloading. 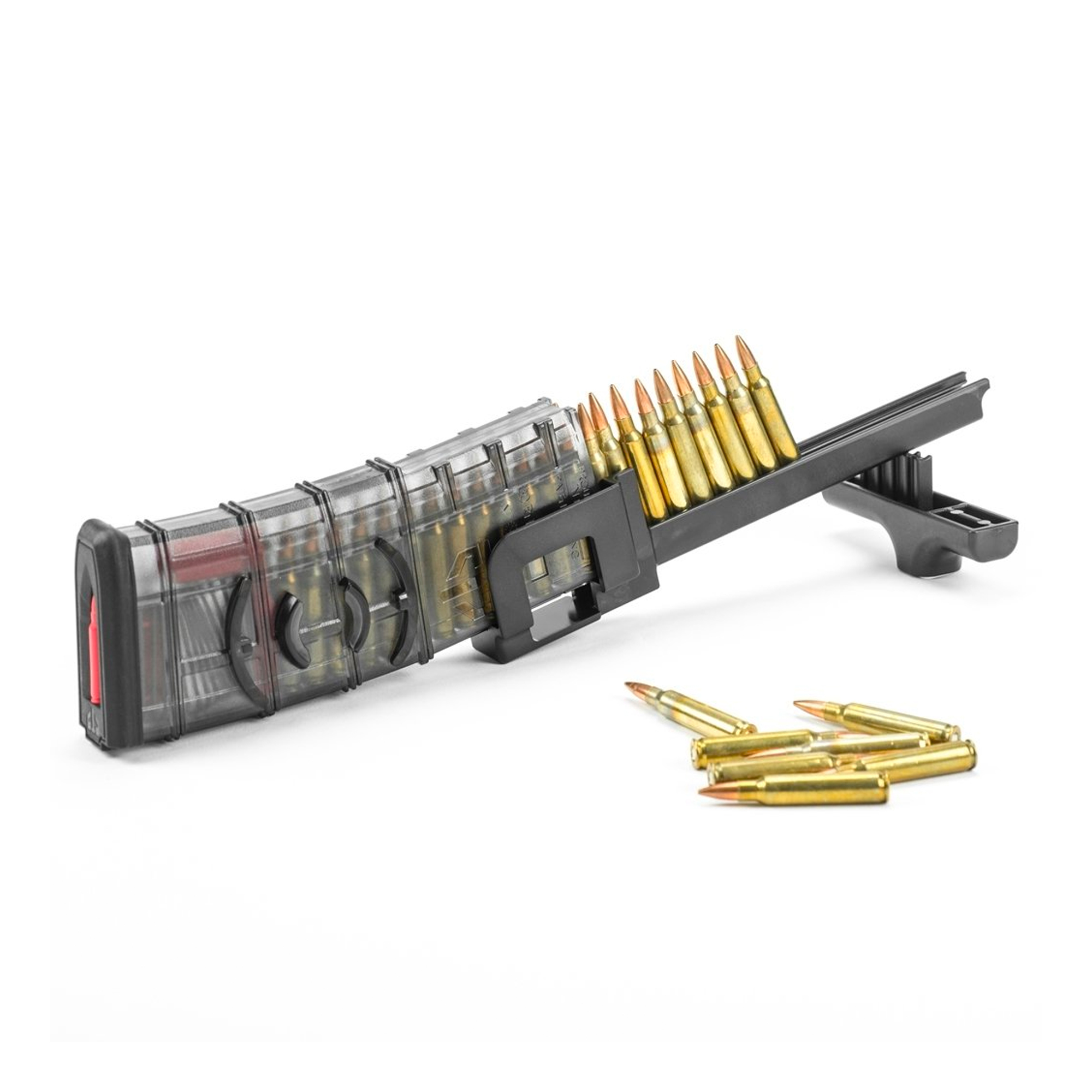 While speed loaders are not as commonly used with rifles as with revolvers, tube magazine loaders, also known as quick loaders, can be used to simplify and speed up the rifle reloading process.

These tube magazine loaders are simple to use and can save many painstaking minutes replenishing front loading rimfire rifles. These quick loaders are simply a tube that can be filled with a magazine-capacity number of rounds. To load, all you need to do is point your rifle up, open one side of the tube, place the open end of the quick loader against the internal magazine’s opening, and allow gravity to do the rest.

These tubular magazines can be found with a singular tube or even with multiple tubes, allowing you to fill the quick loader once ahead of time and quickly reload multiple times simply by rotating the loader to the next full tube.

The most common type of clip is a stripper clip. Though not often utilized in modern firearms, these clips are usually used to load a rifle’s internal box magazines but can also work for loading detachable box magazines.

Stripper clips work by holding ammo on a strip of metal. The clip is inserted into a magazine and swiftly pushed down to load the weapon. The clip is then removed from the magazine, and you’re good to go.

Shotgun speed loaders, also called quick loaders, are a bit more complicated than other rifle loaders, simply because of the way they are loaded. A shotgun speed loader looks like a plastic tube with a slot cut in it. It has a plunger that sits in the slot, allowing you to push four or five shells into the firearm’s internal magazine at once.

Because shotguns load from the breech, some models may require a special bracket to be mounted near the weapon’s loading port to hold the end of the quick loader in the right position.

Shotgun speed loaders are most commonly used in competition shooting, though some hunters find them useful as well. 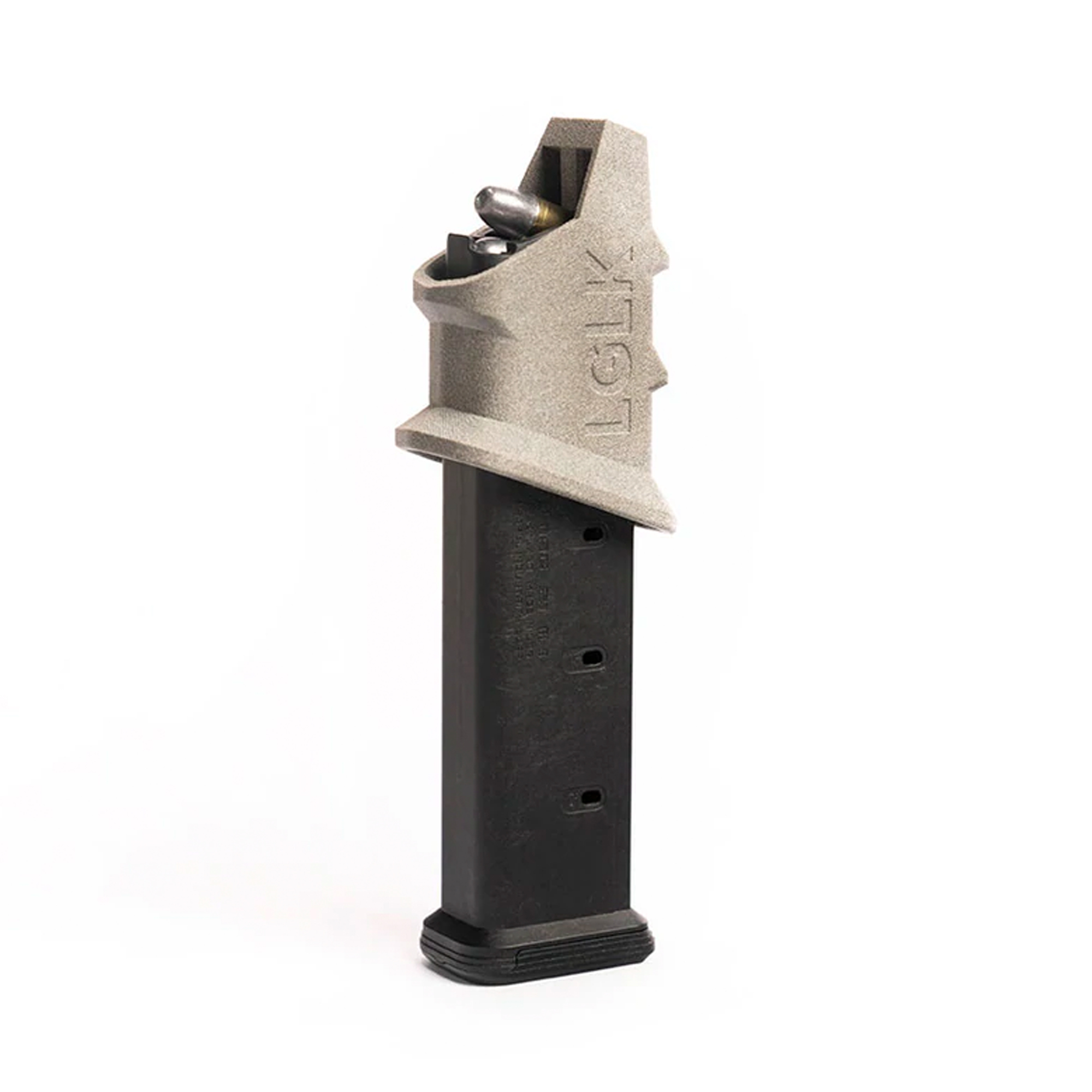 The last loader on our list is the magazine speed loader, also known as a “thumb saver” (and rightfully so).

There are several different types of magazine loaders on the market today (stripper clips being one of them). Some are designed to grab cartridges right out of the box and slide them into the magazine all at once while others are inserted into the magazine to depress the spring, allowing you to insert one round at a time without having to fight the spring.

If you’ve been shooting even one time, you likely know how difficult it can be to load the last few rounds into a magazine. If you spend a lot of time shooting, a magazine speed loader – which is available for both pistols and rifles – may be a worthy investment for you.

The simple answer is that yes, speed loaders are perfectly legal in every U.S. state.

While it’s an understandable question, as every state has different gun laws, speedloaders are perfectly legal to own and operate throughout the country under most circumstances.

But there is one exception. For anyone considered a “restricted person” by the Bureau of Alcohol, Tobacco, Firearms and Explosives, the rules may be different.

Though not at a federal level, in some states, such as California, speed loaders fall under the umbrella of “ammunition.” In states such as these, those with a felony record (or anyone otherwise considered a “restricted person”) are prohibited from having firearms or ammunition – which may include things like speed loaders and magazines.

If you may be considered a “restricted person” and are not legally allowed to possess firearms, it’s critical that you research the current regulations in your state before owning a loader.

To learn more about federal firearms regulations and who is restricted from owning these weapons, visit the ATF’s website.

Why Use a Speed Loader

Since you don’t need a speed gun loader to reload your weapon, you may be wondering if using one is really worth it. While the choice is yours, there are plenty of benefits to learning how to use a speed loader.

Speed: The most obvious benefit of using a speed gun loader is that they make the process of reloading your weapon or magazine faster and more efficient. Rather than loading each cartridge into the cylinder or magazine by hand, speed loaders allows you to do it all at once. This is a significant advantage during competitions or in home defense situations where you need to reload quickly. 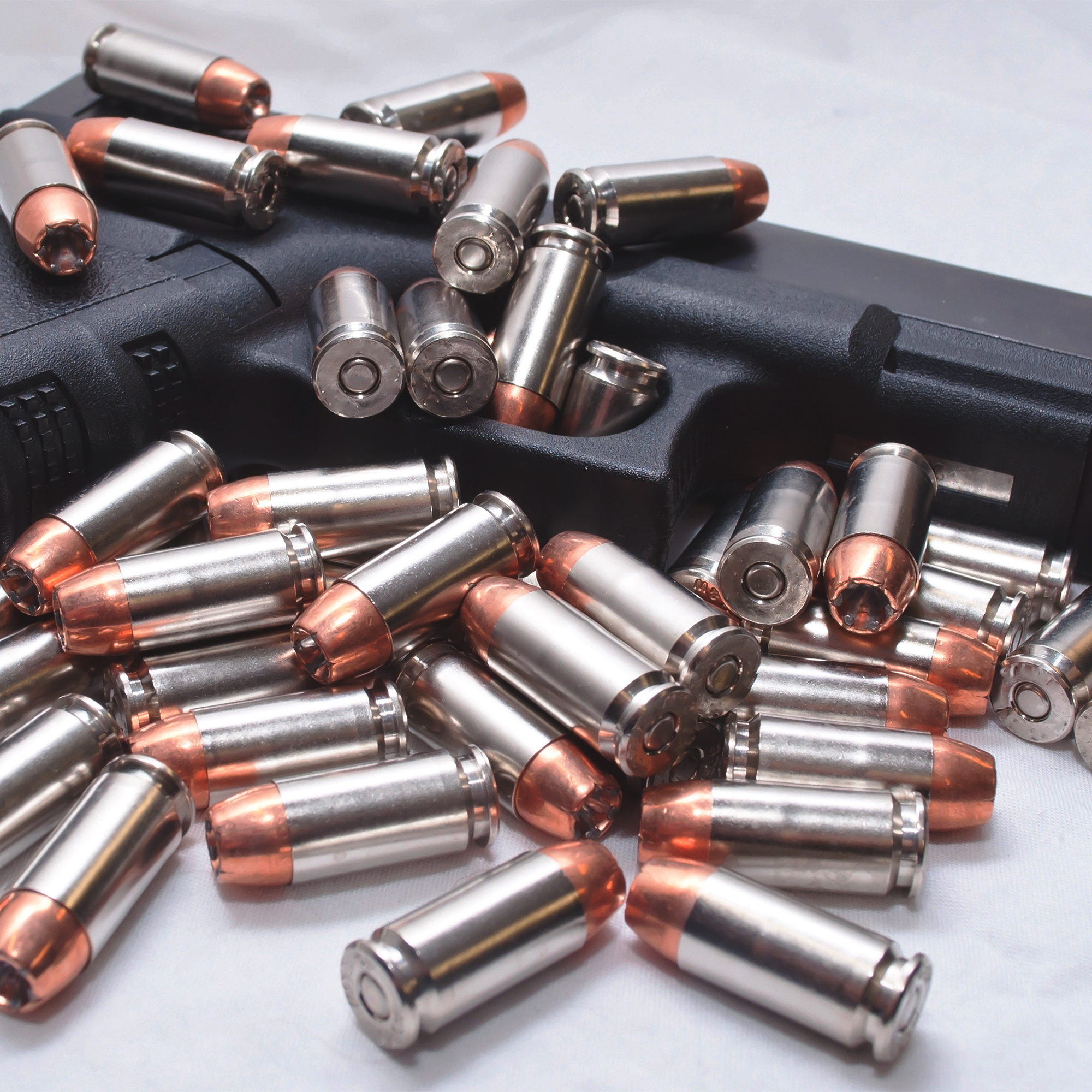 Thumb Saver: Magazine loaders are called “thumb savers” for a reason. Magazine springs are stiff, and after a while of loading rounds by hand, your fingers will probably start to get sore. And if you spend a lot of time training, you will likely benefit from letting a magazine loader do the hard part for you.

Storage: Rifle and revolver speedloaders can easily be loaded in advance and set aside until you need them. While you can wait until you get to the range to load a couple of moon clips, speed strips, circular reloaders, or tube loaders, you can also do it before you ever get there, toss them into your range bag, and not worry about them. If you have loose ammo lying around, this can be especially helpful in helping you organize your ammunition.

Learning how to use a speed loader can not only save you the frustration of constantly reloading your firearm by hand, but it can make the process much smoother and quicker when seconds count.

If you are looking for belts or holsters, check out some of our Vedder Holsters products here. Like everything we sell, our holsters and gun belts are covered by a Lifetime Warranty and a 30-day money-back guarantee.