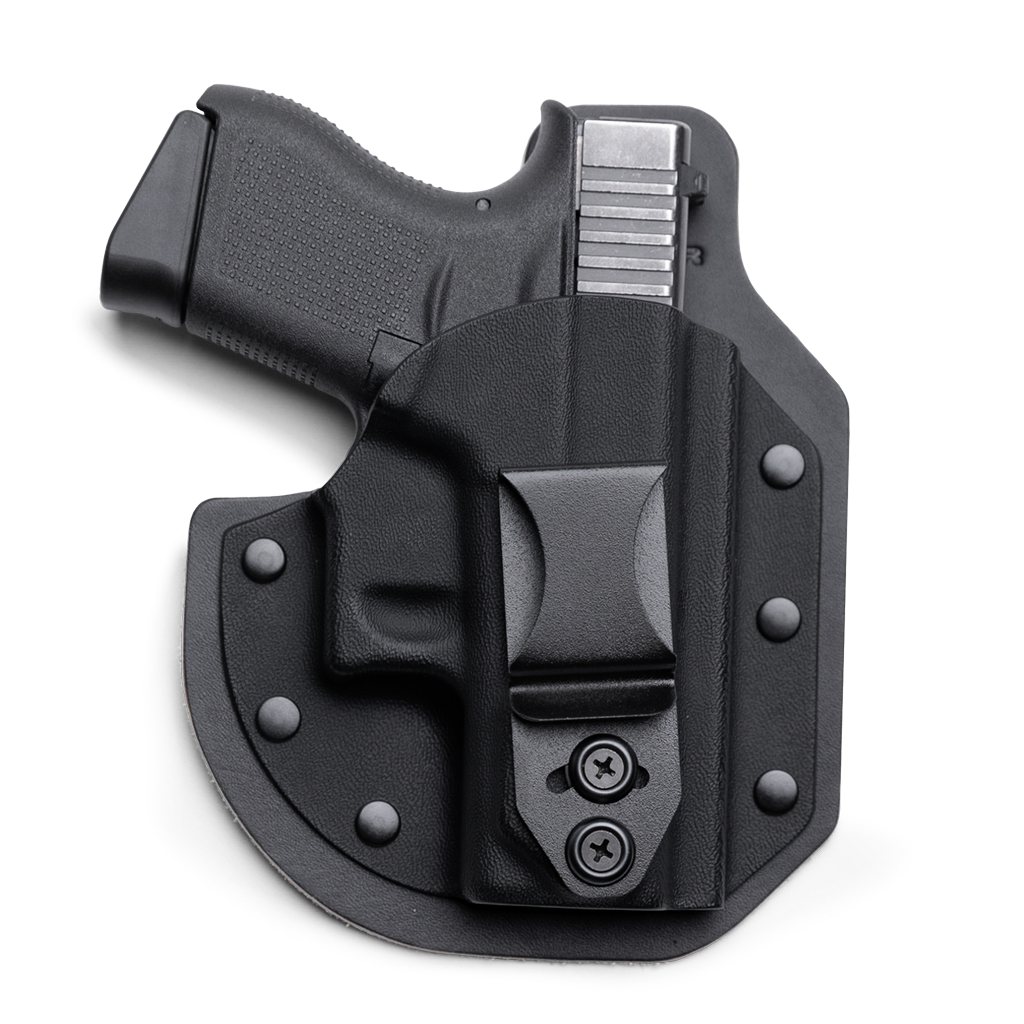 As concealed carriers, one of the best training tools we have is to study a variety of self-defense cases and learn from them.

By evaluating these situations and looking at what went wrong, what went right, and how it might have been handled differently, we gain a better understanding of how these incidents unfold and become better prepared to defend ourselves.

On August 16, 2022, an off-duty police officer fired at a man who repeatedly tried to run him over in his own driveway – once successfully. Let’s break it down.

In a quiet neighborhood in Decatur, Alabama, Ring doorbell footage captured a strange scene in which an off-duty police officer fired shots at a man who ran over him with his Jeep.

The original Ring doorbell footage can be viewed here, so you can see what happened for yourself. Warning: the video may be disturbing to some viewers.

On the evening of August 16, off-duty Decatur police officer Jack Brown was at home with his family when he noticed a black 2012 Jeep Wrangler parked in front of his house just behind his police cruiser, according to AL.com.

At around 5:17 p.m., Brown placed a call to police dispatch, and video footage shows him walking down his driveway to ask the driver if they need any assistance.

Case Note: If you notice something suspicious, it’s a great idea to call the police before you try to confront the situation. You never know when things might escalate, and if it turns out to be nothing, there’s no harm done.

The man in the Jeep, later identified as 54-year-old Gregory Martin Hill of Decatur, then reportedly began swearing at Brown and started backing into the street, where he hit a parked car and a mailbox.

Hill then hits the gas and speeds toward Brown, who quickly jumps out of the way of the vehicle. The Jeep slams into a tree, and Brown is seen running back toward the house. He takes a quick spill in the driveway, then continues to run toward the home.

In the video, you can hear Brown shouting his address to dispatch before he throws his phone onto a camping chair on the front porch. He then dashes inside to grab his duty gun and handcuffs, AL.com reports.

Case Note: Any time you’re confronting a situation that makes you suspicious or uncomfortable, you should have your gun with you. It doesn’t do you any good if you don’t have it!

Once Brown is inside, you can see Hill get out of his vehicle and start running up the driveway after him. He stops when he gets to the porch, turns around, and starts walking back toward his Jeep.

Just before he re-enters the vehicle, however, Brown is seen running back outside toward Hill with his pistol pointed at him. He can be heard yelling at Hill, commanding him to show his hands and “get on the ground right now.”

Case Note: Whenever possible, it’s always best to get to a safe location and wait for police (in this case, backup) to arrive. You never want to put yourself in harm's way unnecessarily to try to subdue an attacker, especially once they’ve retreated.

Despite the officer’s repeated commands, Hill gets back in his Jeep. Brown follows him to the driver’s side of the vehicle and continues pointing his gun at Hill and yelling at him.

That’s when things get really crazy.

In the video, the Jeep is seen backing up into the road, losing its bumper in the process. Brown, who is left standing in the driveway, continues pointing at the Jeep with his gun. He then takes a moment to kick the bumper out of his way and briefly lowers his weapon.

Case Note: When dealing with an attacker, seek cover whenever possible. Your safety should be your main priority, and remaining out in the open could be detrimental.

It’s at that moment that Brown notices the Jeep barreling toward him. He immediately raises his firearm and begins shooting at the vehicle, which slams into him, pushing him the entire length of the yard, according to AL.com.

Brown fired eight shots in total – none of which struck Hill.

Though it’s difficult to see in the video, the Jeep then backs up and runs over Brown’s legs, according to News19. After that, Hill stopped the vehicle and got out.

Despite having just been hit, Brown managed to stand up, point his gun at Hill, and, once again, command him to show his hands.

According to WAYY 31 ABC, that’s when Brown and another man who witnessed the incident tackled Hill and pinned him to the ground, where they were able to subdue him until uniformed officers arrived and placed Hill under arrest.

Once Hill was arrested, Brown was transported to the local hospital for evaluation and treatment. Luckily, it was found that he was not seriously injured, and he was released later that same night. 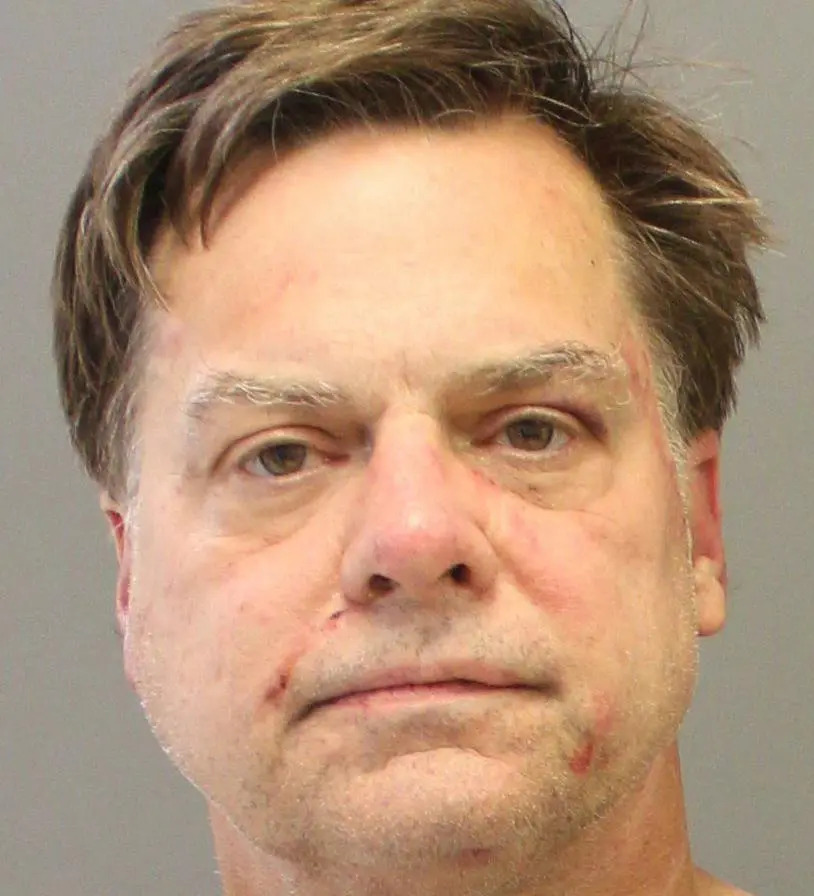 An investigation into the incident revealed that there was no apparent connection between the two men, according to AL.com

Following his arrest, Hill was booked into the Morgan County Jail. He was initially charged with second-degree assault for his alleged actions and was held on a $50,000 cash bond, Decatur Daily reported.

A few days later, the charges were upgraded to attempted murder, and his bond was increased to $1 million cash.

In his order, Circuit Court Judge Charles Elliott said the reason for the increase was that the victim is a law enforcement officer.

At the time of this writing, Hill is no longer an inmate at the Morgan County Jail, which means he likely made bail. His court date is unknown.

After learning the details of the encounter, it’s time to reflect on what happened and how you might have handled the same situation.

Do you think the off-duty officer handled the incident correctly? Why or why not? Do you think there was anything that could or should have been done differently? How would you have handled the same situation? Be sure to share your thoughts on this case with us on social media @VedderHolsters.

Knowledge is power, and analyzing incidents like these can only serve to better prepare you to respond appropriately in the event you are faced with a similar situation. For more resources on training, information on local gun control and concealed carry laws, and general CCW tips, check out the U.S. Concealed Carry Association.