If you’ve been around the gun community long enough, you’ve undoubtedly heard about +P ammunition and may wonder if it’s something you should try.

+P ammo, otherwise known as overpressure ammo, is ammunition that has been loaded with extra gunpowder and has more pressure than an average round, giving it more power and speed as it leaves the barrel.

So let’s get into the ins and outs of what +P ammo is, the advantages and disadvantages of using it, and how to tell if your gun is +P rated.

What is Plus P Ammo?

There are three main types of +P ammo pistol cartridges: 9mm+P, .38 Special +P, and .45 ACP +P. While there are others, they aren’t recognized by the Sporting Arms and Ammunition Manufacturers’ Institute (SAAMI). As a result, if you do stumble across .40 S&W +P, it won’t be labeled as such since, according to industry standards, it doesn’t exist. 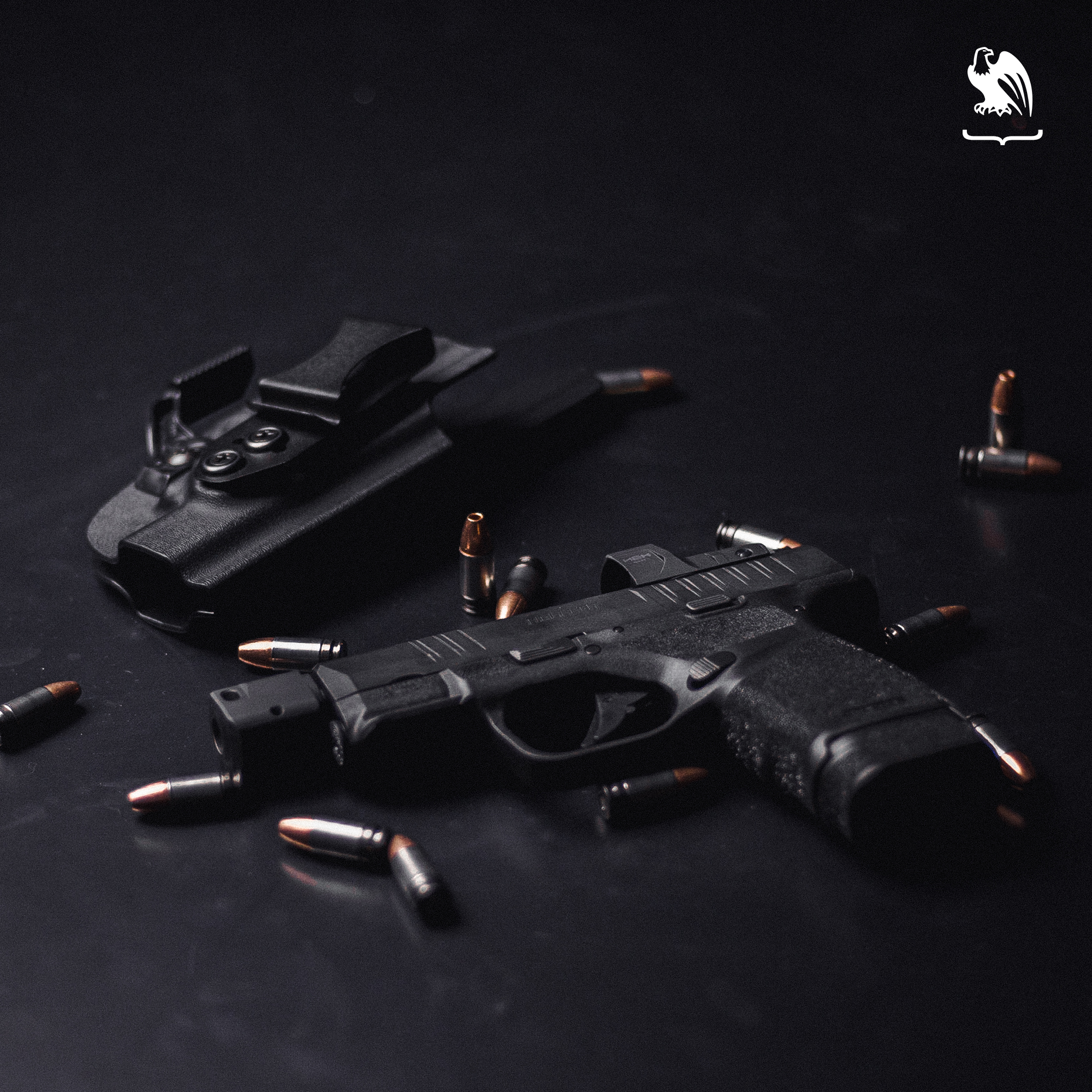 Now that you know what +P ammo is, you’re probably wondering whether you should use it. Let’s go over the various advantages and disadvantages of using these overpressure rounds.

Because a +P cartridge has more pressure, that means more energy is being transferred to the bullet, and it will travel faster. Since gravity has less time to work on the bullet, it will have a flatter trajectory. While this doesn’t mean you’ll get an increase in accuracy, many people do find it easier to aim when the bullet is dropping at a slower rate.

More power also means the bullet will hit the target with more energy. Thus, +P ammo may cause more damage than standard ammunition. It’s for this reason that many people choose to use overpressure ammo for self-defense.

While it may not seem like it yet, there are a few disadvantages to using +P ammo. First is increased recoil. An increase in recoil can make for a less comfortable shooting experience. Not only that, but it can make it take longer to realign your aim on your target for each subsequent shot. Of course, there are ways to minimize recoil, some of which you can check out in our How to Hold a Gun article.

In addition to more recoil, using +P ammo can put more wear and tear on your firearm. More powerful ammo is going to put more strain on a gun’s moving parts and cause more friction in the barrel. This rapid wear is why many people choose not to shoot overpressure ammo. 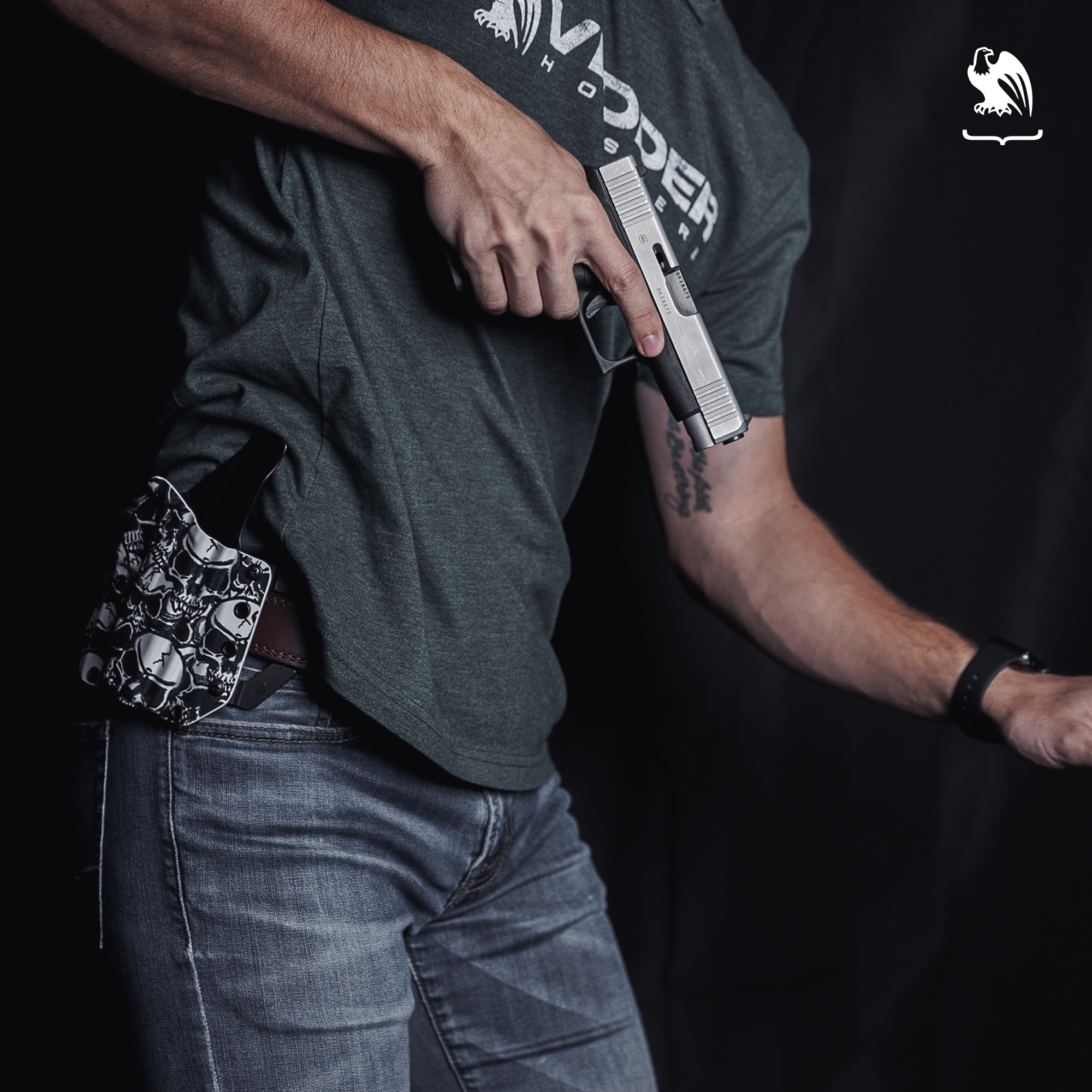 If you’re going to shoot +P ammo, it’s important to make sure that your gun is compatible with it. So, how do you know if your weapon is +P rated?

Most manufacturers rate their newer firearms for +P ammo. Older guns, however, may not be able to handle the extra power of overpressure ammo, especially if they were made before +P ammunition became common in the 1990s.

Shooting +P ammo out of a firearm that isn’t able to handle it can not only cause damage to the gun but could be very dangerous for the shooter as well. If you have a question about whether your weapon can handle +P ammo, the best thing to do is consult your manual or manufacturer directly. If you are still unsure, it’s best to stick to standard ammo and not take any chances on the safety of yourself or others.

While it’s not common, you may come across +P+ ammo. This ammo has even more pressure over what SAAMI specifies for +P. This type of ammo has no industry standard and is therefore not advised to use for risk of damage to your firearm and/or injury to yourself or others. While some manufacturers may produce ammo with this rating, they will typically recommend only firing it in certain guns.

Gun manufacturers will advise against shooting +P+ ammo to protect themselves from liability, so while you may come across some +P+ ammo, always proceed with caution.

Should I use +P Ammo?

Now you know not only what +P ammo is but also some of the advantages and disadvantages of shooting overpressure ammunition. Whether you decide to use +P ammo or not is up to you and what suits your needs.

If you want to have the extra energy and stopping power that comes with using +P ammo in a self-defense situation, then make sure to ask yourself if the extra power is worth the wear and tear on your gun.

No matter what ammo you choose, you should always practice shooting your firearm so that you are prepared in a self-defense situation to neutralize the threat. Make sure to check out our Range Guide before heading out for a training session so that you have everything you need for a successful range day.

If you’re looking for belts or holsters for a specific gun model, we recommend visiting our Holsters by Gun Model page. For all our belt and holster options and for more information to help you choose the carry system that works best for you, visit our Vedder Holsters website.