What is the difference between a single action vs. double action handgun?

Imagine you’re working on a project, and you’re looking at the number of actions you have to take to complete it. Firearms are very similar; your gun’s job is to move a bullet through the barrel at a speed that will project it far enough to reach your target. Like any project, it has to perform certain actions to get it there. When you pull the trigger, your gun will take either one or two actions to send the bullet toward your target.

The difference between a double action vs. single action pistol is the number of actions that pulling the trigger initiates.

When selecting the type of gun you are going to purchase, it is important to consider the differences between single action vs. double action and whether you would prefer a hybrid of the two or even a striker-fired gun. The firing mechanism of your firearm can influence the trigger pull, which can change the ease of firing and accuracy, depending on your experience level.

What is a single action only handgun and how does it work? 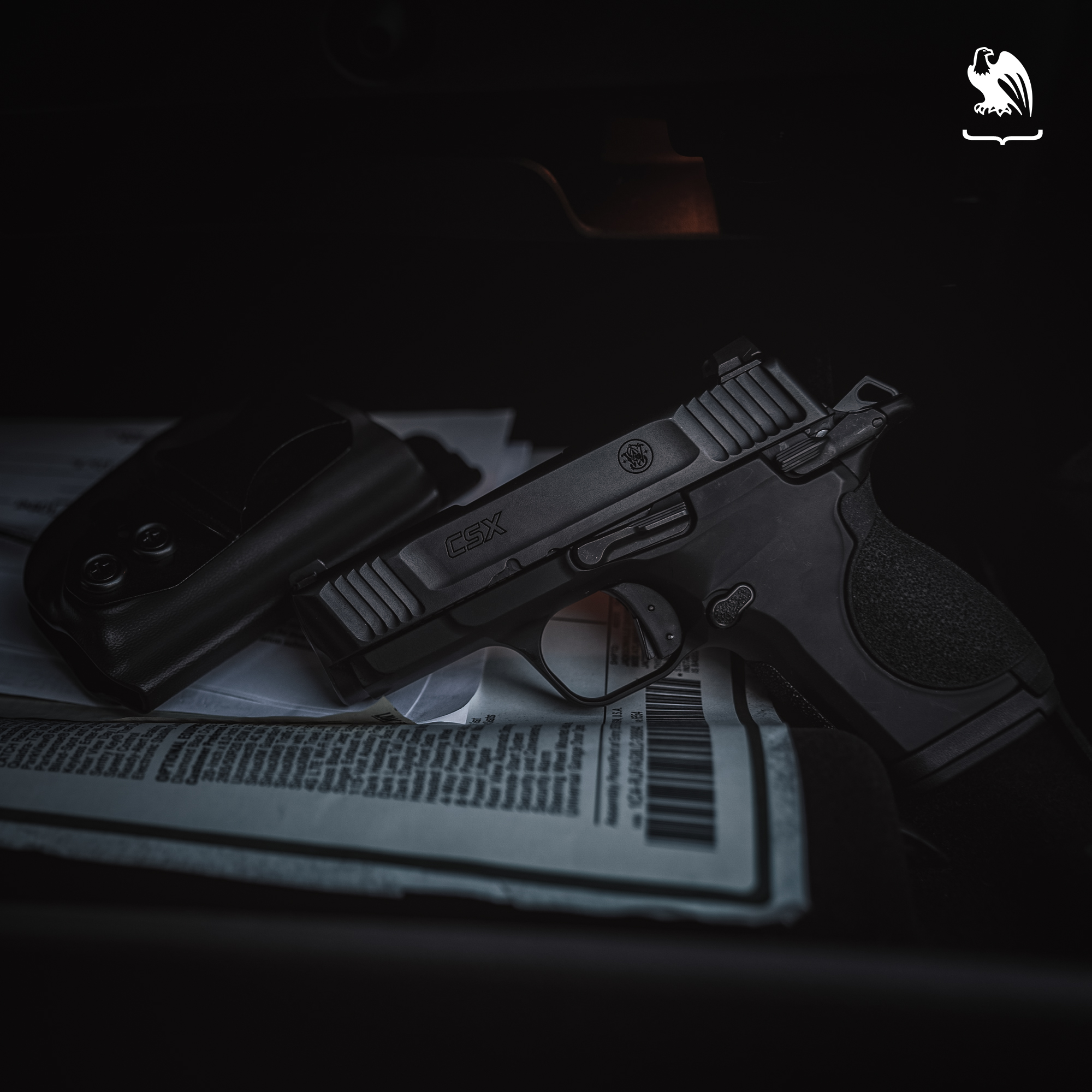 Remember those actions we were just referring to? A single action only (SAO) handgun takes only one action to initiate the firing sequence: releasing the hammer. One of the differences between a double action vs. single action gun is that with SAO guns, you must manually cock the hammer for the gun to fire the bullet.

Single action only guns can be a revolver or a semi-automatic pistol. With a revolver, you will have to manually cock the hammer each time you want to pull the trigger. An example of a single action revolver is the Ruger Vaquero. When it comes to semi-automatic single action pistols, the hammer must be cocked to pull the trigger. This can be done manually or mechanically by the slide cycling. Examples of semi-auto SAO pistols are all 1911s and the Sig Sauer P238.

Since the hammer is cocked before you pull the trigger, pulling the trigger on a single action pistol will be lighter than a double action pistol. This can lead to higher accuracy because you have less muzzle movement with each trigger pull.

What is a double action only handgun and how does it work? 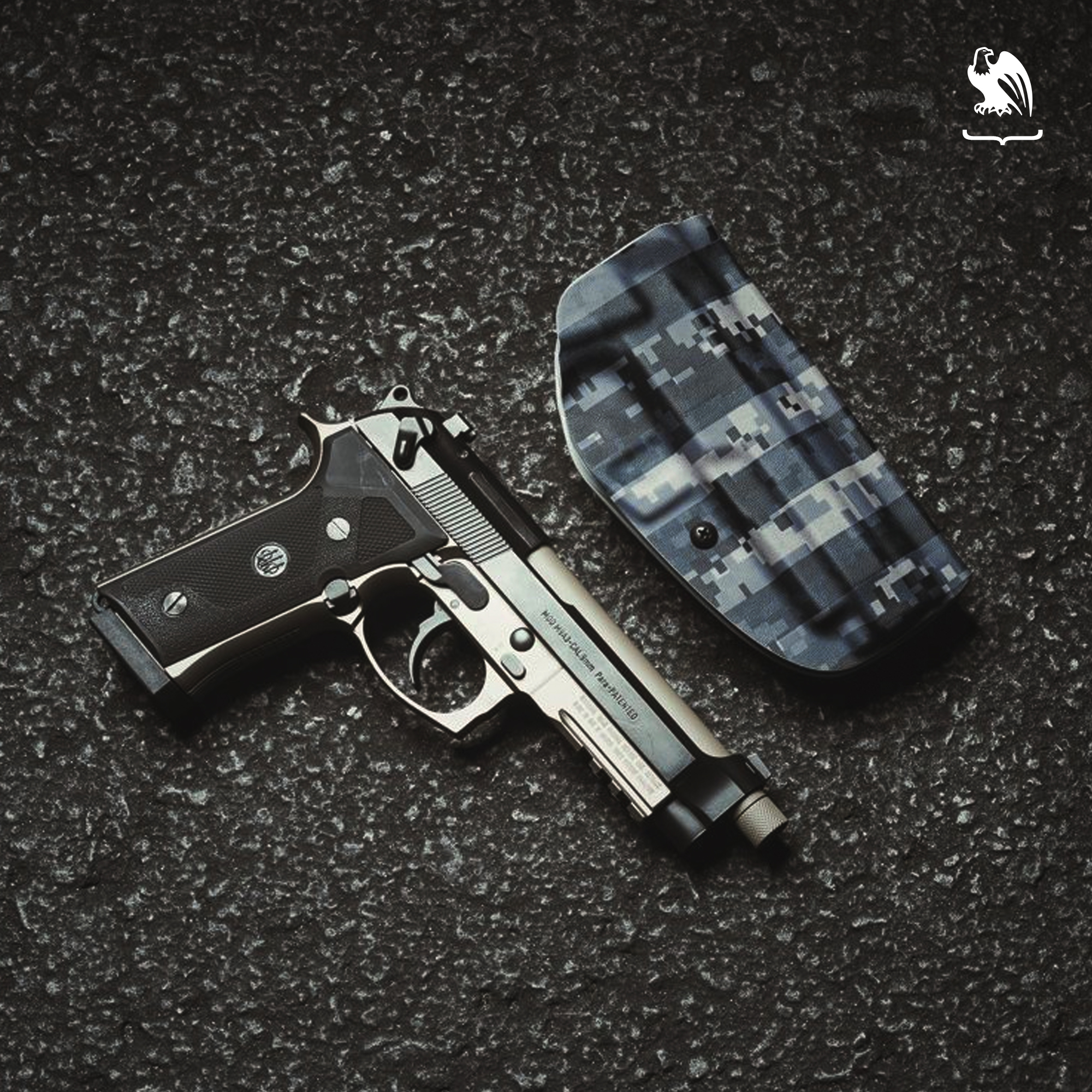 When it comes to double action vs. single action pistols, a DAO gun has to cock the hammer so that the trigger pull can be heavy on double action only handguns. The weight of the trigger may cause less experienced users to move the muzzle slightly off target, leading to lower accuracy. On the other hand, newer gun owners sometimes lean more toward double action guns because of their heavy trigger. They find it to be consistent, they feel more confident in its security, and they can easily adjust to the weight with practice.

What is a double action/single action handgun and how does it work?

Why not have the best of both worlds? Some revolvers and semi-automatic pistols are a hybrid of both double and single action. But, how does that work?

Double action/single action (DA/SA) revolvers can be switched between the two actions by choosing to cock the hammer or not to. An example would be the Kimber K6S in the DA/SA version.

What is a striker-fired semi-automatic handgun and how does it work?

Striker-fired semi-automatic pistols have become increasingly popular in recent years. While there are striker-fired revolvers, they are not as common as pistols.

Striker-fired pistols are a combination of double and single action. Rather than being fired by a hammer, they are fired by a “striker.” When the slide is racked, an internal spring is partially cocked. Pulling the trigger cocks it the rest of the way and releases a striker, initiating the firing sequence. After the first time you rack the slide, you don’t need to rack it for each subsequent shot. If you found this article, you have probably heard of Glock pistols before; all Glock pistols are striker-fired.

Striker-fired handguns have a light trigger pull, and it is best to have a holster that fully protects the trigger for that reason. We suggest checking out our Vedder LightTuck™ IWB Holster if you select a striker-fired pistol. (Honestly, you should check out the LightTuck™ for all your guns.)

Which firing mechanism is best for concealed carry?

Striker-fired semi-automatic pistols have become a popular choice for concealed carry because they are safe, lightweight, easy to use, and, arguably, more reliable because of their newer technology. With a double action/single action gun, you get the best of both worlds; with the heavier initial trigger pull, you have the safety of a double action pistol, but each subsequent pull has the lighter trigger of a single action gun.

There are many things to consider when selecting which firing mechanism you want to use for concealed carry. You may want to test a few guns out before purchasing one to find what works best for you.

What is best for me?

As we mentioned before, the type of gun you decide to use comes down to personal preference and what meets your needs. Take the time to weigh the pros and cons of single action vs. double action so you can make an informed decision.

Depending on whether you are concealed carrying or open carrying, you may want a different firing mechanism. Your skill level can also play a part in whether double action vs. single action is best for you.

Ultimately, it comes down to what you find comfortable and what meets your needs. We recommend visiting our Holsters by Gun Model page if you are looking for holsters that are custom-made for your weapon of choice. For all of our belt and holster options and for more information to help you choose the carry system that works best for you, visit our Vedder Holsters website.

Looking for items beyond holsters and belts, check out our Resources Page for popular product links like lights, laser, first aid, maintenance, and more.